Quick question:  What are your musical dreams?  Have you ever imagined what would happen if you dared to follow them?

My good friend Dario Napoli did.   He and I met back in 2010, when we were both in the process of developing our music careers.  We quickly became friends, and for several years we had regular conversations online, he from Italy and me from here in Sacramento.  We discussed many topics, including performing, songwriting and composition, teaching, practicing, marketing, and much more.

I loved these conversations, and looked forward to them each week.  Well, something happened last year that I admit surprised me at first:  suddenly, Dario was no longer available.  In fact,  suddenly he was really busy.  I admit that at first I was disheartened by this.  What had happened to my friend whom I was used to checking in with regularly?

Well, in fact, he was in the process of realizing his musical dreams.  His efforts had paid off. After years of practicing guitar for 8 hours (or more) every day, plus endless work to develop his online presence and form relationships with other venues and professionals in the industry,  he was now doing a lot of things he had been talking to me about for years: playing internationally at jazz festivals, and working with and getting to know top players in his field.  He was establishing his reputation as one of the top performers in the world of Gypsy Jazz.

Listen to our interview here:

It has been exciting to see Dario’s career progress.  He is living proof of what is possible when one sets one’s mind to something.   So when he agreed to this interview, I was thrilled.  During it we discussed many topics, including Dario’s process of goal setting, and dedicating himself to achieving his musical dreams.

Some of the highlights of the interview:

(Note: this was originally intended as a video interview, but there were some video issues which occurred, so I decided to stick with audio):

Dario Napoli is a international touring gypsy jazz guitarist and recording artist. His latest album is called “My Favorite Spot,” which is available at his website, www.DarioNapoli.com.  You can also find him on Youtube and Facebook.

What about YOU?  What are YOUR music dreams?  Are you ready to start making them come true? Start becoming the piano player you want to be!  Contact me today and let’s set up your FREE trial lesson. 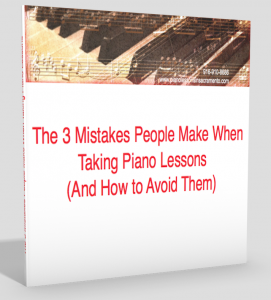